The property ladder ruins lives.
Time for the Ladder to Freedom? 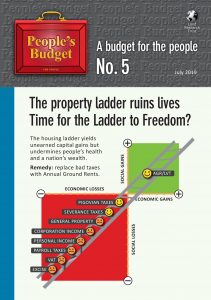 Modelling an economy’s future – especially when people are exercising their democratic right to call for change – should not be guided by assumptions that are confined to the prescriptions of a failed theory. Forecasters ought to test the full range of options, to identify the policies that yield optimum prospects. Otherwise, democratic debate is prejudices, and policy-makers run the risk of resorting to sub-optimum palliatives instead of practical remedies.

A disaster to eclipse 2008: the IMF won’t sound the alarm 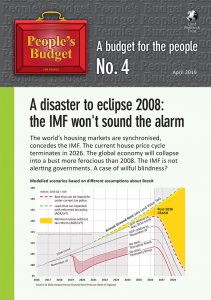 The world’s housing markets are synchronised, concedes the IMF. The current house price cycle terminates in 2026. The global economy will collapse into a bust more ferocious than 2008. The IMF is not alerting governments. A case of wilful blindness?

Why did HM Treasury treat this man as if he was insane? 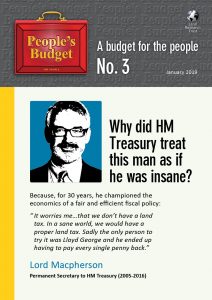 Nick (now Lord) Macpherson, as one of HM Treasury’s top economists, spent 30 years trying to explain to government ministers that their taxes were self-defeating, and that raising revenue from the nation’s rents was the most effective way to fund public services. Instead of taking his advice, they reacted as if he was insane. Why?

Something is rotten But not in Denmark 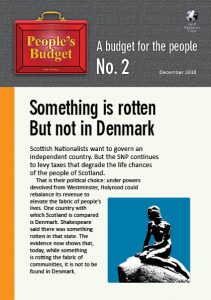 Scottish Nationalists want to govern an independent country. But the SNP continues to levy taxes that degrade the life chances of the people of Scotland. That is their political choice: under powers devolved from Westminster, Holyrood could rebalance its revenue to elevate the fabric of people’s lives. One country with which Scotland is compared is Denmark. Shakespeare said there was something rotten in that state. The evidence now shows that, today, while something is rotting the fabric of communities, it is not to be found in Denmark.

People’s Budget No 1: Parliament on Trial 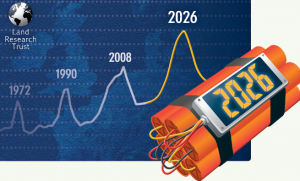 Can the Brexit crisis be resolved in the best interests of both the UK and her neighbours in Europe? The first edition of a new Land Research Trust bulletin initiates the debate by explaining how this could be accomplished. The key reform: rebasing the public’s revenue system on the principles of inclusive justice. This strategy would also inoculate Britain against the global disruption that will occur when land markets peak in 2026.

The UK government is revising the Welfare State. It has embarked on reforms built around the concept of Life Chances. In a country in which some sections of the population endure foreshortened lives of up to 17 years (on average) compared to those with the longest life expectancy, the concept of Life Chances is of special significance. The Land Research Trust analyses public policies to assess their actual impact on people’s lives, and identifies the reforms that could equalise everyone’s chances of working to earn the Good Life.

Bulletin 1 The value of a whole life (PDF)